India is a growing Internet market with only 29.5% of the population connected to the information superhighway. It is already world’s second largest online market. Unprecedented growth in mobile Internet with world’s cheapest mobile data-rates is currently the biggest growth driver.

Political parties have realized importance of social media better than any Indian corporate. Slogans have turned into hashtags and social media ads are taking over print ads. Social media ads played a great role in the last two general elections to Lok Sabha. It is extremely important for the Election Commission to examine the content of such ads and ensuring accountability of political parties for the expenditure that goes into such online campaigns.

A Timeline of Political Ads Censorship in India

How much political parties spent on social media ads in elections 2019? 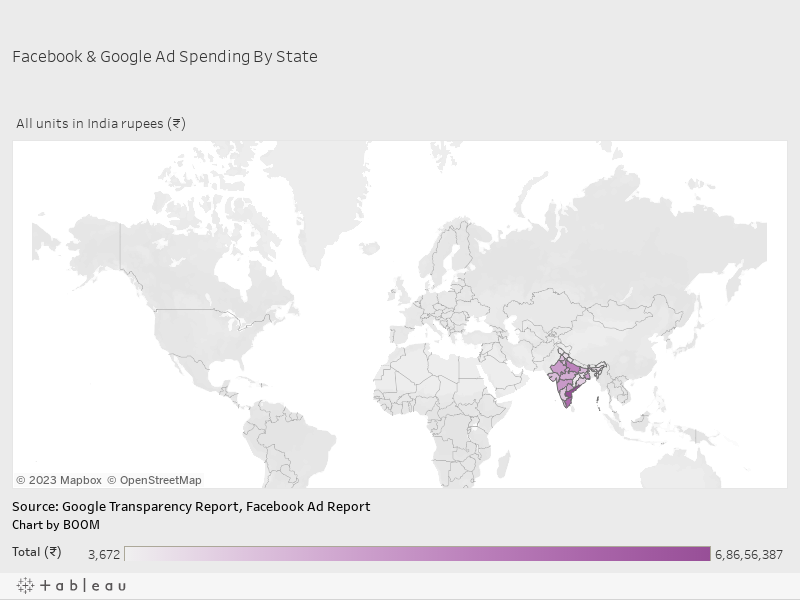 The three-level Media Certification and Monitoring Committee (MCMC) which is organized in national, state and district levels. This committee has an “Intermediary Expert / Social Media Expert”; Here intermediary is what is defined in section 2 (1) [w] of the IT Act, 2000, which means an expert on search engines, web hosting etc.

The committee has access to publicly available spending data. It also has power to remove ads and content which it finds in violation of regulations. District level committees can play greater role if it is provided with more man power and resources.

India needs a balanced regulatory framework for online political advertising which does not engage in excessive censorship and makes parties more accountable. Opaque services such as WhatsApp can be asked to share metadata of the messages and IT companies can be hired to account expenditure for campaigns run on such platforms. Clear rules should be laid down to bifurcate party spending from candidate spending. Voters should be educated about tools available to fight misinformation.